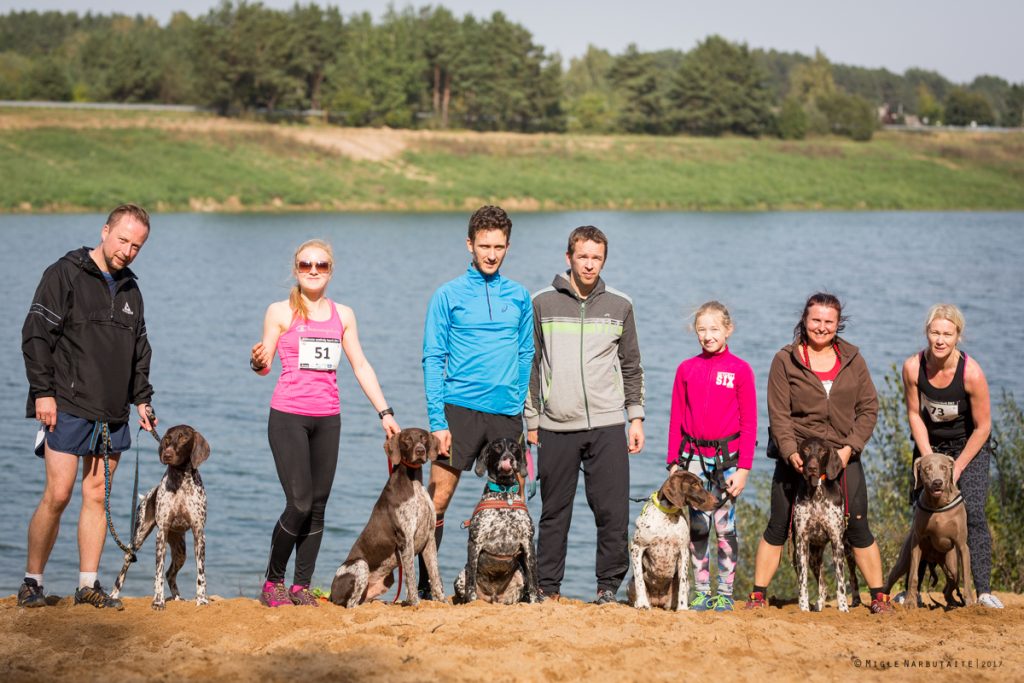 It was one of those days, when everything goes smooth and easy. Beautiful sunny day, neither hot nor cold, perfect location, nice track and for sure best company as always.
So much love this picture with big company of great people and their partners – the Dogs.

What made me most proud, that even 4 of our friends with young dogs from FLASH litter had their debuts at Canicross:
Laura & Goal (Flash of Goal UPE) 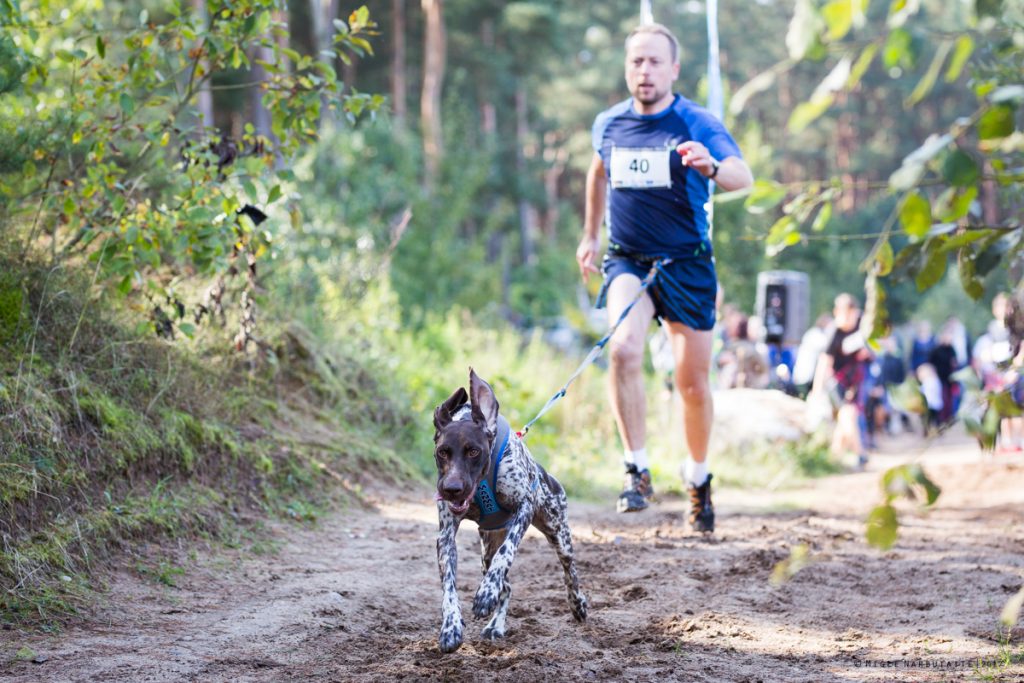 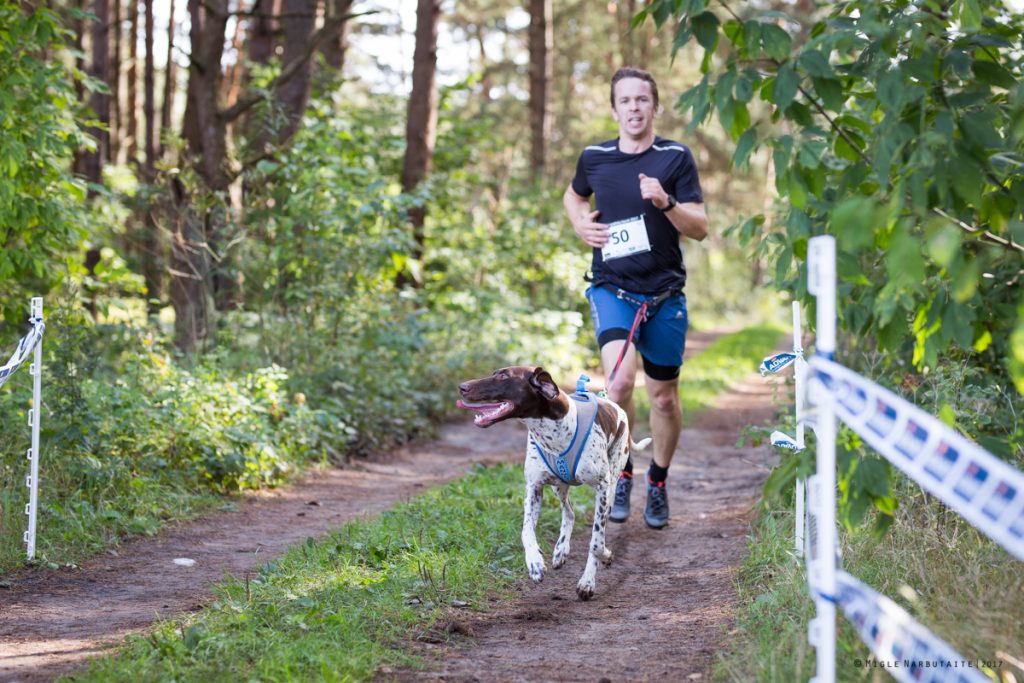 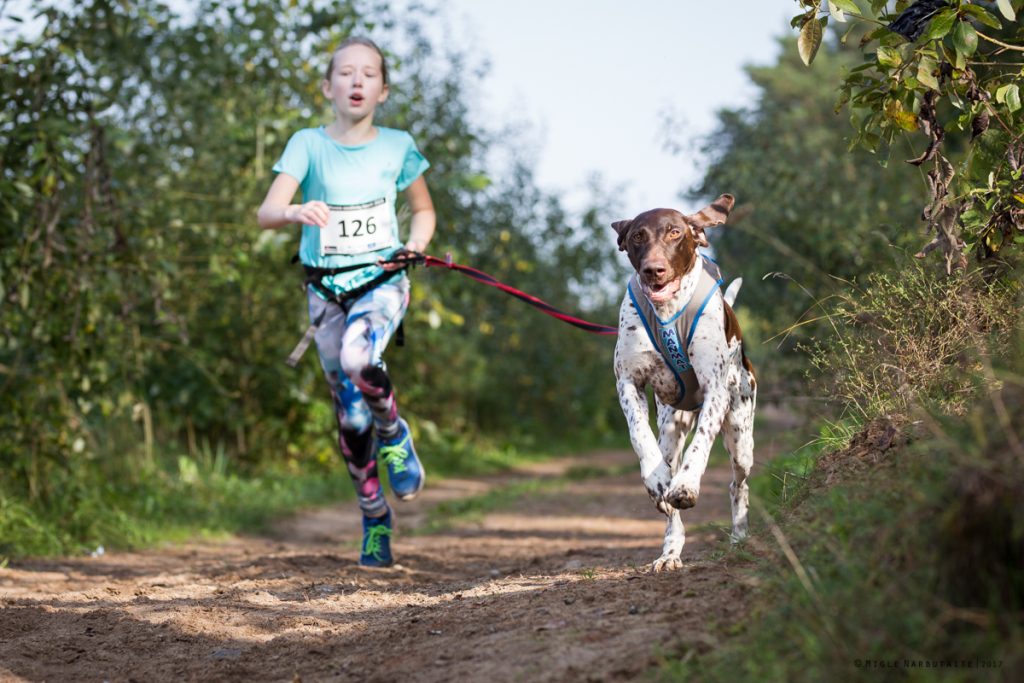 Best and most impressive result of the day –  Bogdan & Invi (Callidus Invictum UPE) – FIRST in Canicross (from 15)! 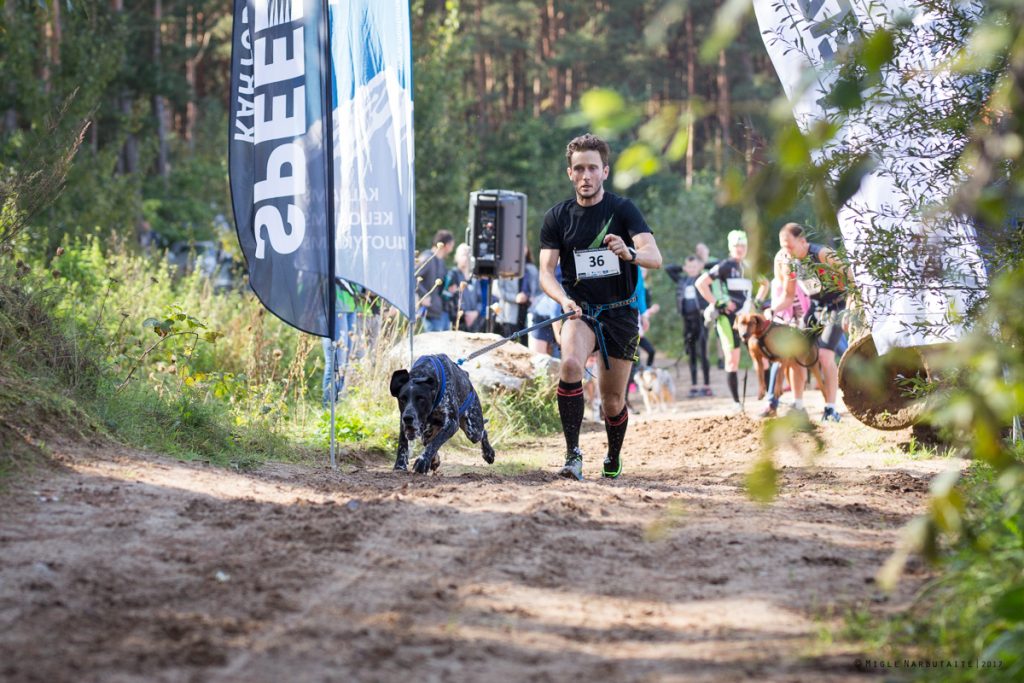 Viltė Šokaitytė is another super hero! She was second with Hugo (Exito Bueno UPE) from 25! Unbelievable! Flying team. Vilte is a new rising star for sure. 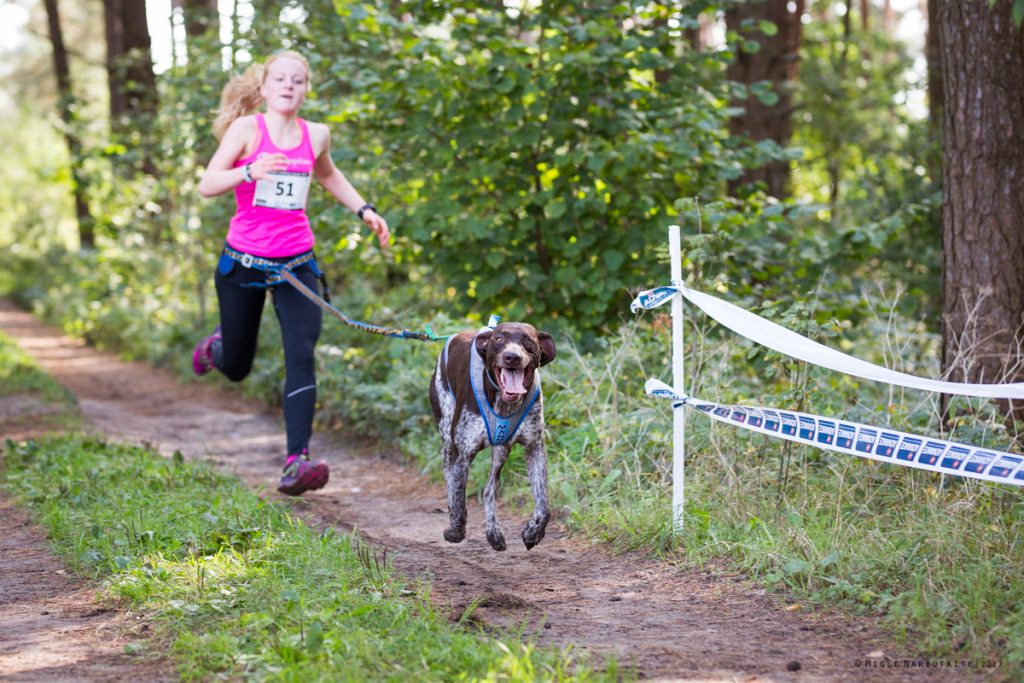 Hugo gave me a special smile at the finish line [:

Races gives only very best emotions not only to us – people but also dogs. They so much enjoy to RUN. Happy to see smiling people around and lots of wiggling tails.

Ray (the son of Invi) came to the races to look around and prepare for the future. He is 6 months young and hopefully a future Sleddog sport dog also. 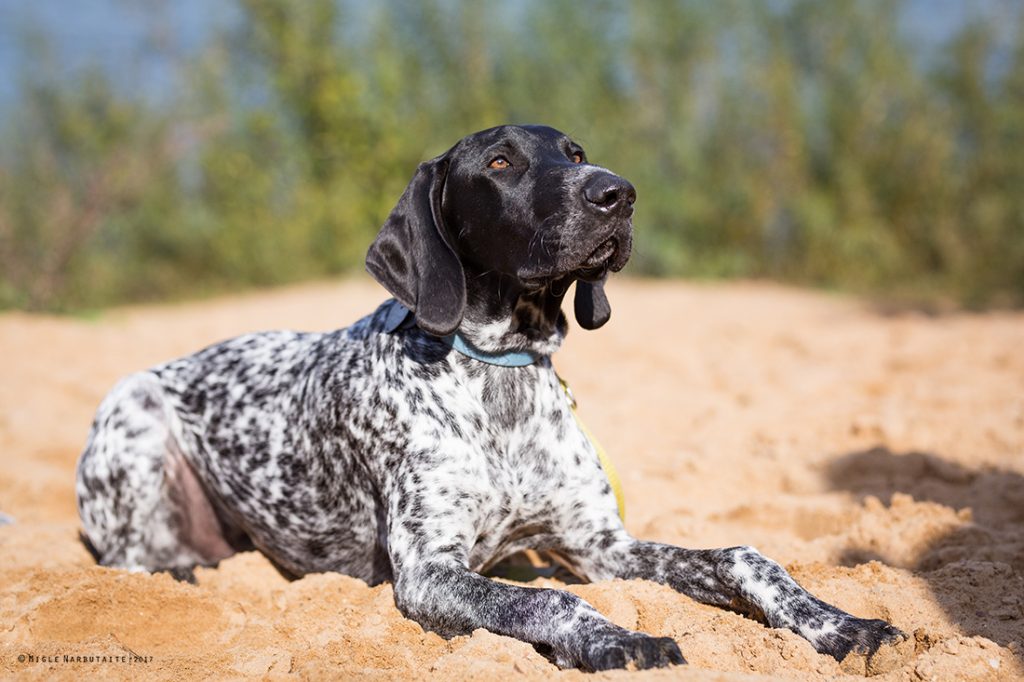 And a very charming moment of the day – Bogdan and his best friend Invi with 1st place medal. 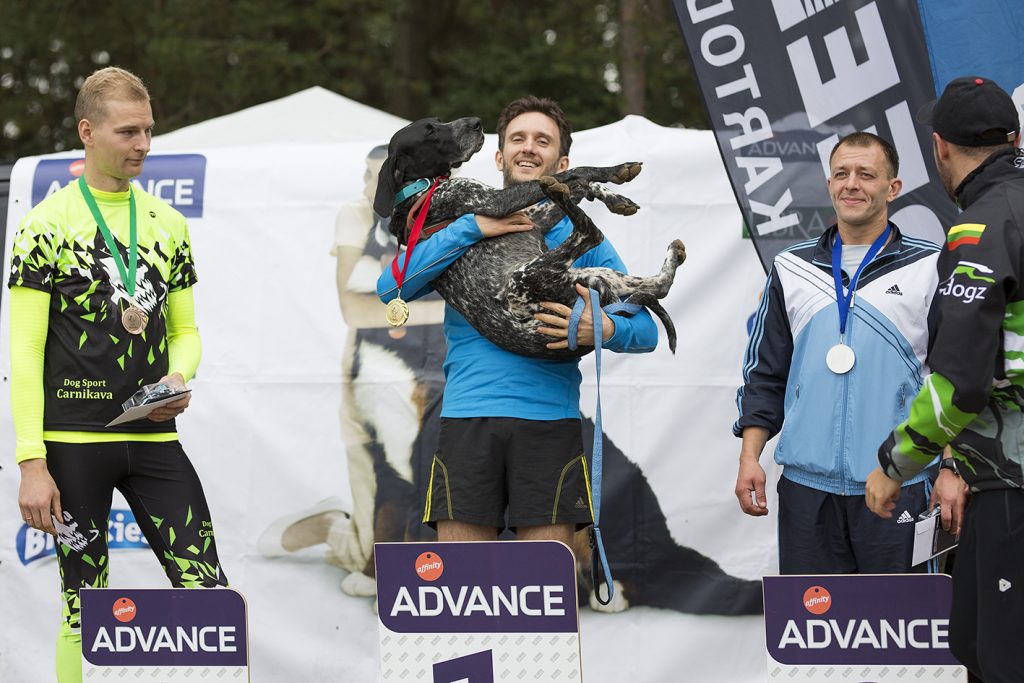 Now we are preparing for IFSS World Cup 2017-2018 Accredited Event – Balto Sügiskross 2017 (Estonia). Must be a very massive and impressive event. 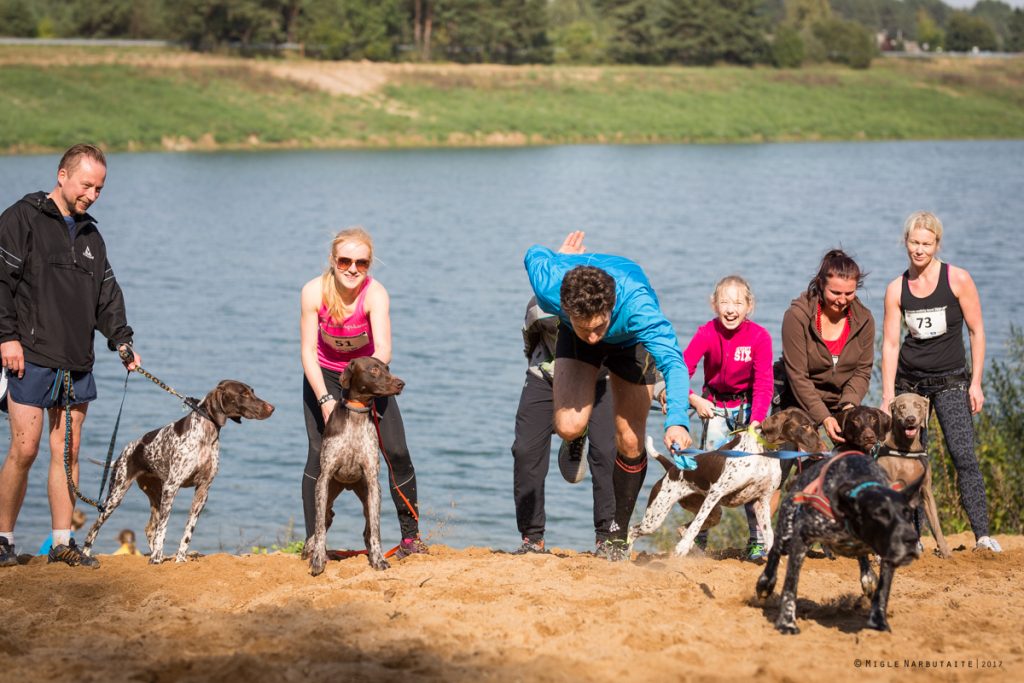 Two of my dog related long-time investments which I am very happy about.
﻿