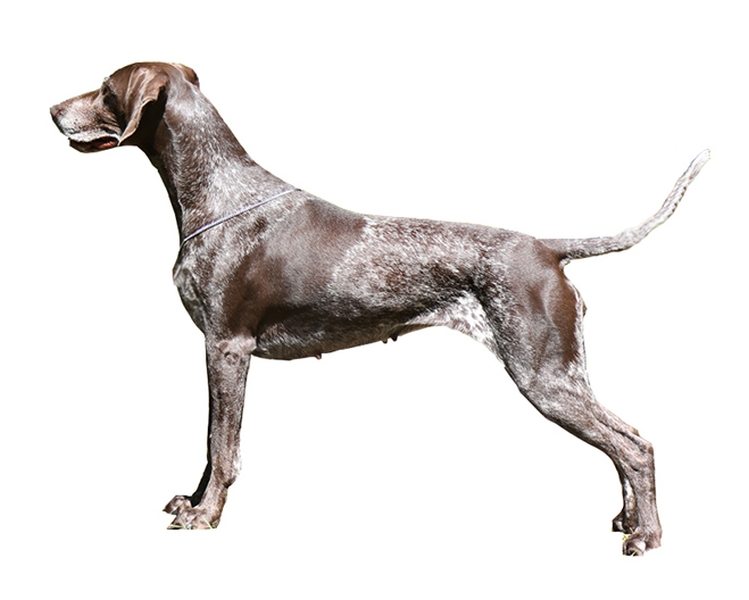 German Shorthaired Pointer (GSP) is a popular breed over the World. The multifunctionality of this hunting breed has developed highly intelligent and brave dogs, who are irreplaceable hunters as well as family members.
Breed Standards are different depending on continent of their approval. The differences are mainly based on dogs’ exterior. There are three official German Shorthaired Pointer Breed Standards in the world. The very first GSP Breed Standard was set in Germany, which is also the FCI (Fédération Cynologique Internationale) Breed Standard today. FCI standards covers the European countries (except Great Britain) and the South American countries.

The second standard was set in USA by AKC (American Kennel Club), which is now American Standard used in USA, Central America and Canada.

The third Breed Standard is the most recent (1986), which is used in Britain, Australia, New Zealand, Hong Kong, Singapore and Malaysia.

I have compared three Breed Standards taking information from the official web-pages. The text hasn’t been modified. It’s very useful to see what the similarities and differences are comparing standards of different continents. I have made some personal observations next to some official Breed Standard sections which indeed is my personal opinion and not necessary to be agreed on. I am very open to discussion, so I encourage you to leave comments below the post.

GENERAL APPEARANCE
Germany (F.C.I.): “That of a noble, harmonious dog, whose proportions give a guarantee of endurance, power and speed. Its characteristic features are a noble appearance, graceful outlines, a clean-cut head, a well carried tail and a taut, gleaming coat.”
DEFECTS WHICH EXCLUDE FROM BREEDING: Gross deficiencies in the typical physiognomy of a dog of that sex. Clearly undeveloped, malformed or missing testes.
DEFECTS WHICH PRECLUDE A HIGHER CONFORMATION RATING THAN “GOOD”: Heavy, lymphatic, coarse-boned body.
DEFECTS PRECLUDING A HIGHER CONFORMATION RATING THAN “VERY GOOD”: Deficiencies in carriage. Deficiencies in the typical physiognomy of that sex.”

U.S.A.: “The overall picture which is created in the observer’s eye is that of an aristocratic, well-balanced, symmetrical animal with conformation indicating power, endurance and agility and a look of intelligence and animation. The dog is neither unduly small nor conspicuously large. It gives the impression of medium size, but is like the proper hunter (hunter in this context refers to a horse used for hunting with pack-hounds) “with a short back, but standing over plenty of ground.”
Tall leggy dogs, or dogs which are ponderous or unbalanced because of excess substance should be definitely rejected. The first impression is that of a keenness, which denotes full enthusiasm for work without indication of nervous or flighty character. Movements are alertly coordinated without waste motion. Grace of outline, clean-cut head, sloping shoulders, deep chest, powerful back, strong quarters, good bone composition, adequate muscle, well-carried tail and taut coat, all combine to produce a look of nobility and an indication of anatomical structure essential to correct gait which must indicate a heritage of purposefully conducted breeding. A judge must excuse a dog from the ring if it displays extreme shyness or viciousness towards its handler or the judge. Aggressiveness or belligerence toward another dog is not to be considered viciousness.
FAULTS: “Doggy bitches and bitchy dogs are to be faulted.”

My comment: All three organizations have the same opinion about the most important aspects and the major disadvantages. The importance of “a look of nobility”, “graceful outline”, “power and endurance” as well as nonacceptance of such properties as “loose-skinned”, “nervous”, “hyperactive”, “weedy” or “fat” are present in all three standards.
The correctness of GSP is not only in the exterior of the dog but in temperament as well. This means that GSP should show good temperament next to muscular and fit body. Tail carriage in mentioned as well. I believe there are dogs who are pretty much put off by the shows and tail carriage would resemble their boredom. On the other hand there are dominant dogs, particularly males, who would carry a tail high next to other males. I have had this experience with female who carries her tail slightly up while in the ring next to other dogs, even thought she is not aggressive at all. It can be forgiven, provided the angle at which the tail carriage is no greater than 45 degrees above the horizontal line.
To be of correct type, GSP should be slightly longer than it is tall. Too short-backed GSPs might have a movement without over-reaching – “crabbing” or “sidewinding”.
All three standards also mention that a coarse and heavy-bodied GSP is undesirable. Strange enough that there are some heavy-bodied GSPs (especially males), who hardly run in the ring, but they win the shows. All three organizations ask about the need for speed. It is not said that GSP should look as Greyhound, but it is given a clear message that ponderous GSPs are undesirable.

U.S.A.: “The Shorthair is a versatile hunter, an all-purpose gundog capable of high performance in field and water. The judgement of Shorthairs in the show ring should reflect this basic characteristic.”

My comment: These observations are for the breeders. The most important aspects considered by German Breeders is that GSP primarily must be a good working dog. This is what they are bred for.

A good working dog is the one, who is intelligent, is able to concentrate, has a big speed and good drive, but is non hysterical, neither choleric.

U.S.A.: “Symmetry and field quality are most essential. A dog in hard and lean field condition is not to be penalized: however, overly fat or poorly muscled dogs are to be penalized. A dog well balanced in all points is preferable to one with outstanding good qualities and defects.”

My comment: The observations about symmetry are clearly specifications for the show judges.
The last sentence is very controversial. That kind of dog may look nicely balanced, but have serious discrepancy from the Breed Standard.

U.S.A.: (from General Appearance) “A judge must excuse from the ring any dog which displays extreme shyness or viciousness towards its handler or the judge.”

My comment: This is an interesting part. My opinion is that temperament is one of the most important aspects but it is the least mentioned in the standards and FCI standard doesn’t make a reference to it at all. British/Australian Standard has mentioned temperament only in its most recent version, however it is very abstract.
The word “gentle” might be used having in mind the importance of lack of aggression towards humans, which should be considered as strictly unacceptable fault.
Choleric or shy GSP is incorrect as it is hyperactive or neurotic.
Aggression towards humans is strictly unacceptable. American Standard requires disqualification of the dog, which shows aggression towards judge or other people but there seems to be tolerance for aggression towards other dogs.

One should admit, that Breed Standard is only the guideline developed by breed lovers to describe what they believe an ideal specimen of the breed should be. The standards are intended not only for breeders, but also for show judges to enable them to assess the dogs they are being asked to judge.

I would be glad to receive your opinion on my comments.

If you are interested in books about German Shorthaired Pointers, you can choose among few of these:

(292)
$14.95
12 inches in size. High quality materials and hand construction makes for a unique and soft touch. B... read more
(as of May 25, 2022 - More infoProduct prices and availability are accurate as of the date/time indicated and are subject to change. Any price and availability information displayed on [relevant Amazon Site(s), as applicable] at the time of purchase will apply to the purchase of this product.) 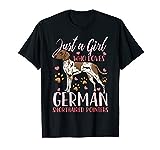 (12)
$15.95
Lightweight, Classic fit, Double-needle sleeve and bottom hem
(as of May 25, 2022 - More infoProduct prices and availability are accurate as of the date/time indicated and are subject to change. Any price and availability information displayed on [relevant Amazon Site(s), as applicable] at the time of purchase will apply to the purchase of this product.)

(18)
$33.99
High quality, snap-back adjustable trucker hat. Adjustable back fits sizes 7 to 7 7/8. Mid profile f... read more
(as of May 25, 2022 - More infoProduct prices and availability are accurate as of the date/time indicated and are subject to change. Any price and availability information displayed on [relevant Amazon Site(s), as applicable] at the time of purchase will apply to the purchase of this product.) 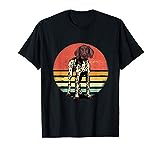 (22)
$19.99
Are you someone who loves German Shorthaired Pointer Dogs? Then you need this retro vintage German S... read more
(as of May 25, 2022 - More infoProduct prices and availability are accurate as of the date/time indicated and are subject to change. Any price and availability information displayed on [relevant Amazon Site(s), as applicable] at the time of purchase will apply to the purchase of this product.)
﻿